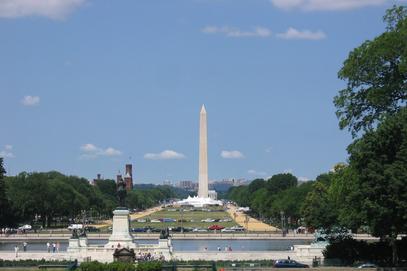 Michael Wyganowski, Senior Policy Adviser, served for five years as a Senior Advisor and Executive Director of the Center for European Policy Analysis (CEPA), a Washington-D.C. think tank with a special focus on Central European issues.  From CEPA’s inception, he managed its daily operations, output, outreach, and communications strategy.  He served concurrently as a consultant for the World Bank and contributor to its annual “World Development Report.” He also worked as an international consultant to the National Defense University and the State Department’s Foreign Service Institute. He has lectured frequently at U.S. universities and foreign policy organizations. Wyganowski began his career as a Polish diplomat in 1990.  He served two tours in Warsaw, including assignment as chief of the Polish delegation to the High-Level Task Force at NATO headquarters, and two in Washington, as First Secretary and then as Political Counselor.  As an official responsible for promoting Poland’s successful NATO candidacy, he solicited support in the U.S. Congress and coordinated the activities of the country’s U.S. diplomatic missions, interest groups, and lobbyists.  He holds a Masters degree from Warsaw University and completed additional graduate and professional studies in Belgium. Britain, Germany, and the United States.

Trained in international law, Marshall Harris began his career as a U.S. foreign service officer with service abroad in London, Bulgaria, and Macedonia and in Washington as Special Assistant in the Office of Secretary of State James Baker.  In 1993, he resigned in protest against U.S. inaction in Bosnia.  Together with John Menzies (see below) and other activists, he co-founded, then served as Executive Director of Balkan Action Council, which united 50 prominent Americans, including former Cabinet secretaries, in seeking U.S. intervention to stop the genocide in Bosnia.  He was later Senior Scholar and Vice President at Freedom House, where he analyzed political rights developments in European countries.  As a Washington-D.C.-based political consultant since 1999, with many of the intervening years' service as a key adviser to former Senate Majority Leader Bob Dole (R-KS), he has represented nearly two dozen foreign entities, as well as numerous U.S. corporations seeking business with foreign governments.  He has a long and productive history of involvement with Kosova, beginning informally with the Dayton Peace Talks and continuing with service as an adviser to the Kosova delegation to the Rambouillet talks and as an adviser to the Rugova presidency until the president's death.  He aided Montenegro in pursuit of U.S. recognition of the nation's independence and advised Bosnia in the Dayton Talks and its genocide case against Serbia before the International Court of Justice.  He is an honorary citizen of Kosova.

Ambassador John Menzies, Ph.D. Menzies served as U.S. Ambassador to Bosnia and, after NATO ended Serbia's aggression against Kosovo, as chief of the U.S. Mission in Pristina. He was Dean of the Whitehead School of Diplomacy at Seton Hall University and President of Graceland University. His distinguished U.S. State Department service also included assignments to Bulgaria, East Germany, and Hungary during the Cold War era. In Washington, he was Acting Director of the Office of East European Assistance, which bolstered the region's emerging democracies with civil society and economic and business developmental aid. At the Dayton Peace Talks, he worked diligently in pursuit of the most just and sustainable solution to save Bosnia and its endangered civilian population. He is a recipient of Kosovo’s Presidential Medal, the country’s highest civilian honor. A founder of the first “American University” institutions abroad in central Europe, Menzies is President Emeritus and former interim president of the American University of Kurdistan. He is currently on leave from the Alexandria Group International and recently began service as Dean of the College of International Studies at the American University of Iraq Baghdad.

ALEXANDRIA GROUP INTERNATIONAL (AGI) unites the talents of three highly experienced and respected public policy experts offering a full range of services to assist clients in achieving their goals.  AGI's partners' backgrounds, extensive network of worldwide contacts, and multi-pronged team approach enable them to cover every potential base and offer a uniquely comprehensive set of skills to meet clients' needs in Washington and beyond.  They work directly with U.S. Administration and Congressional policymakers and opinion-shapers in the media and think-tank, academic, advocacy, and diaspora communities to make their clients' issues a higher priority in the United States' national interests and to turn policy to their advantage.